(00:01:03) There have been a surprisingly large number of patients suspected of having COVID-19 at Alfred Health. This has led to these patients being uncomfortable due to isolation measures, increased staff anxiety and a heavy drain on PPE resources.

(00:02:19) The solution was to minimise their time in isolation. This was done by a variety of system changes:

(00:05:19) By speeding up the testing period, Alfred Health were able to reduce their 'suspect' patients in isolation from 50+ to about 12. This has effectively reduced the cost in case, reduced staff anxiety and reduced the burden on PPE. 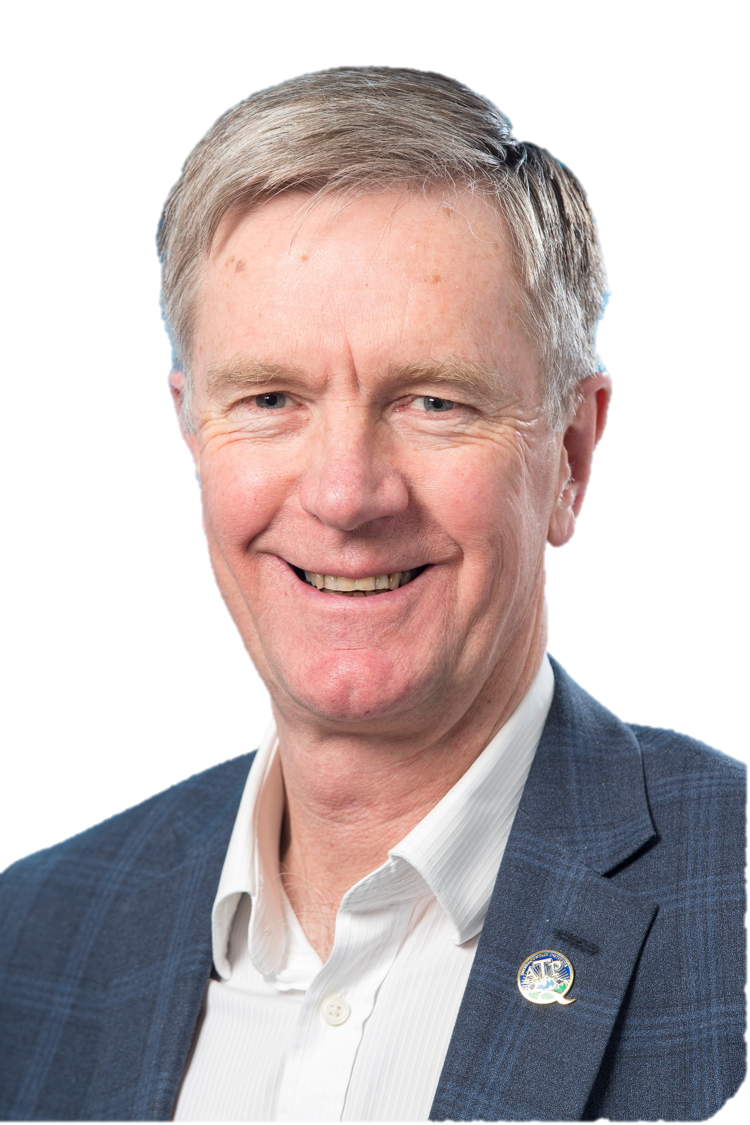 Harvey is passionate about improving the safety and quality of the delivery of healthcare to Australians and has always been interested in how the education of health workers contributes to this goal. Early in his career, Harvey made strong contributions to the establishment of medical undergraduate education for Monash University at Box Hill Hospital. Harvey’s involvement in postgraduate education has included leadership roles as Chairman of the Endocrine Specialist Advisory Committee for the Royal Australasian College of Physicians (RACP), Chairman of the Victorian and Tasmanian Committee of Directors of Physician Training for the RACP and many years of service on the National Examiners Panel of the RACP.

Harvey has a strong interest in the impact of health care governance on patient outcomes. Harvey was the clinician on the writing panel of “Targeting Zero” harm review of Hospital Safety and Quality Assurance in Victoria in 2016 led by Stephen Duckett of the Grattan Institute. Harvey has been the Chairman of the Health Education Australia Limited (HEAL) board for several years and is also a board member of Better Care Victoria, an independent board that advises the Victorian Minister for Health regarding health sector innovation. Harvey also joined the board of Melbourne Health in August 2017.

Welcome to the AICG connecting clinicians COVID-19 clinical governance series. Each episode we will interview a clinician across Australasia to discuss a safety and quality challenge that COVID-19 has presented, the solution that has been implemented to address this challenge, and the impact seen from these changes. Our clinicians have generously agreed to share any relevant material that they might discuss during the interview and this will be available on the AICG website along with the actual interview in order for others to utilise within their own practice. Today we are welcoming Professor Harvey Newnham, General Physician and Endocrinologist. Harvey is Professor and Director of General Medicine and Clinical Program Director of Emergency and Acute Medicine for Alfred Health in Melbourne. Today, Harvey will be speaking to us about COVID; the perfect storm to test an organisation's clinical governance capability. Thanks for joining us, Harvey.

(00:01:03) Thank you, Mel. I'd like to talk about the challenge that we've had recently at Alfred Health in the COVID epidemic that was somewhat unexpected, but has really been a major issue for us to solve. We had been expecting that we were going to see large numbers of COVID-positive patients come through the organisation, but we were caught somewhat unawares when we discovered that most of the time we only had half a dozen to a dozen positive patients coming through the door, but we had large numbers of suspect patients.

This became an increasing problem as the government broadened the criteria for testing. It led to patients being uncomfortable because they're in isolation usually for around 48 hours. That led to a lot of staffing anxiety dealing with patients where they weren't sure whether they were going to be COVID-positive or not. More seriously, it put a very heavy drain on the resources that we have in terms of personal protection or PPE equipment available. There's been a worldwide shortage of such equipment and we're very worried that should we get a large peak in cases that we would have insufficient supplies.

(00:02:19) The main solution that we tackled was to do whatever we could to minimize the time in isolation, first of all, by focusing on the way we were doing the testing. As it turned out, the government had mandated that you could only consider a patient clear of COVID if they'd had two tests done 24 hours apart. That was really the process that went on for several weeks in the first weeks of the pandemic. That meant that because we were sending the specimens off-site, and that would take at least 24 hours to get the result back, these patients were often spending 48 hours in isolation with all the problems that I'd mentioned.

The first approach was to challenge the assumption that we needed to do the tests 24 hours apart. In doing so, we discovered that there really wasn't an evidence base for this. When we talked to our other hospitals, it was agreed that we should approach the department to have that reduced. It, fortunately, came down 12 hours, then down to eight hours, and then it was agreed that simultaneous testing was appropriate, but that the patient needed to have two samples done by different operators to make sure we had a reliable sample. That made a big difference and brought down the time in isolation significantly.

A further problem with the testing was that it was being conducted offsite, so we had all the issues of samples being transported offsite and the delays inherent with that. That was beyond our control and so we organised local testing. That was the next step and Hans Schneider, our Director of Pathology, very quickly established in-house testing with a much larger capacity and reduced turnaround time so that the assay itself is only taking four hours.

The next step was to look at the frequency of the assays, recognising that we had a shortage of reagents for the assays, so we weren't able to just do them whenever we wanted to. We've spent a lot of time working out that probably three assays a day at 8:00 AM, 1:00 PM, and 8:00 PM was probably optimal in terms of getting the most patients result samples into the assay so that we got the results as quickly as possible.

Then we recognised that we also had a problem where the night time run was happening from 8:00 PM to midnight, but the result wasn't actually being read until 8:00 AM the next day. Again, we looked more closely at that and have worked out a process to, or at least planned a process where the laboratory staff can come in at midnight to read the sample to make sure that we are minimising as much as possible the impact on our patients.

(00:05:19) The overall impact of our solution has been to markedly reduce the time in isolation. Instead of 50 or more patients being in the suspected category, we now have more commonly around a dozen patients and they're spending a very short time as isolated patients. This means that the patients are more comfortable. There's reduced chance of errors in looking after these patients. There's improved efficiency and reduced cost in care. There's markedly reduced staff stress because all the donning and offing, and the PPE shortages are not so much of an issue. I'm very comfortable that this aspect of the suspect COVID patient care has been sorted and we're now moving on to other issues to see what we can do to improve care for that.

Thanks very much, Harvey, for sharing that with us today and the account from Alfred Health and the challenges that you faced. We'd also just like to take a moment to thank you more broadly for all the hard work that both yourself, your team and staff at Alfred Health have been putting in during this time. It's very much appreciated. On that note, until next time, stay safe and kia kaha.